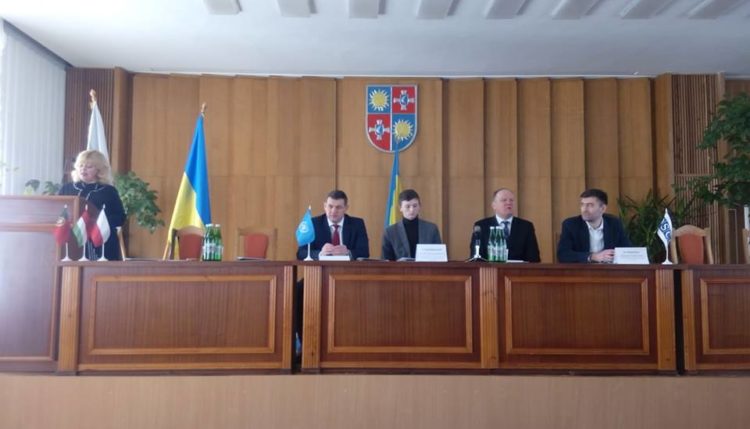 On February 26, Vinnytsia held a grand opening of a separate representation of the IAA in the Vinnytsia region. A specialist on corruption prevention in Vinnytsia region was invited to the event – Slynitsky Andriy Volodymyrovych, Deputy Head of the SBU in Vinnytsia Oblast – Oleg Viktorovych Zozul, Head of the International Anti-Corruption Assembly, IHO – Vyacheslav Leonidovich Sayenko.

The opening ceremony was opened by the head of the IAA – Sayenko Vyacheslav, telling about the history of the organization, the purpose and purpose of its work, and also described the projects over which the IAA team is working on time. At the conclusion of his report Vyacheslav Leonidovich presented the head of the representation of the IAA in Vinnytsia region – Karpenko Maxim.

AV Slilitsky was also invited to the presentation, who said he was happy to open a representative office in the Vinnytsia region and would welcome the close cooperation of the IHO with the state structure that he represents. Andriy Volodymyrovych also reported on the implementation of the plan of anti-corruption measures in the region.

The deputy head of the SBU in Vinnitsa region also joined the speech and supported the young team and assured all those present that the SBU in Vinnytsya Oblast is going to work closely together by signing a memorandum of joint work.

Actively participated in the discussions and invited guests. For example, the representative of the Council of Advocates of Vinnytsia Oblast Anatoly Panasovych asked how his organization could join the IAA team in the region, and a representative of the “Kremin” NGO proposed to add to the law students’ projects to work on projects. This will provide practical knowledge in real projects.