Digitalization of data – effective help in the fight against corruption

The Secretary General of the Central Committee IACA International, Anti Corruption Assembly Vyacheslav Saenko, is pleased to communicate that Following the agreement between the IACA Italy and the IACA Malta, in compliance with the new Maltese legislation on DLT and Blockchain technology, the President of IACA Italy, Deputy Roman Romanskyy opened a working table with the President of the IACA Malta, Deputy Moreno Zucchetti.

Medics of Seversk and MAA

The team of the International Anti-Corruption Assembly attended the official meeting with the chief physician and staff of Seversk hospital in Bakhmutsk district of Donetsk region.

Today, on April 10, flowers were laid at the monument to the Greek Prince Konstantin Alexandrovich Ipsilanti in the National Kyiv-Pechersk Historical and Cultural Reserve.

The wife of a Ukrainian citizen from the Volyn region, who was detained on March 19 by a local police detachment on charges of drug trafficking, appealed to the International Anti-Corruption Assembly and is currently in pre-trial detention.

A commendation from the Union of Greeks of Ukraine

The Presidium of the NGO “Union of Greeks of Ukraine” awarded the Letter of Gratitude to the Board of the NGO “International Anti-Corruption Assembly” for high professionalism, high moral qualities, for attention and friendly attitude, for the willingness to undertake and perform work to protect the citizens of Ukraine from corruption and arbitrariness of the authorities. 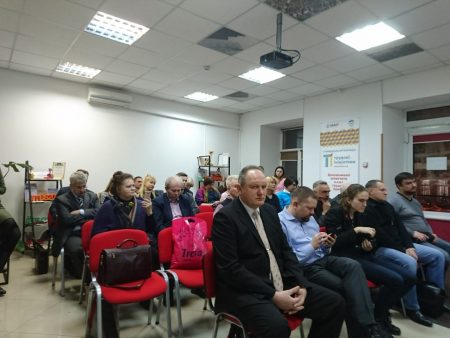 The International Anti-Corruption Assembly was personally invited to the NGO “Labor Initiatives” to open the meeting with one of the most famous corruption in modern Ukrainian history – Anna Solomatina. During the meeting, all of them came to know how to work in a specialized anti-corruption body, how to expose corruption and combat the pressure…