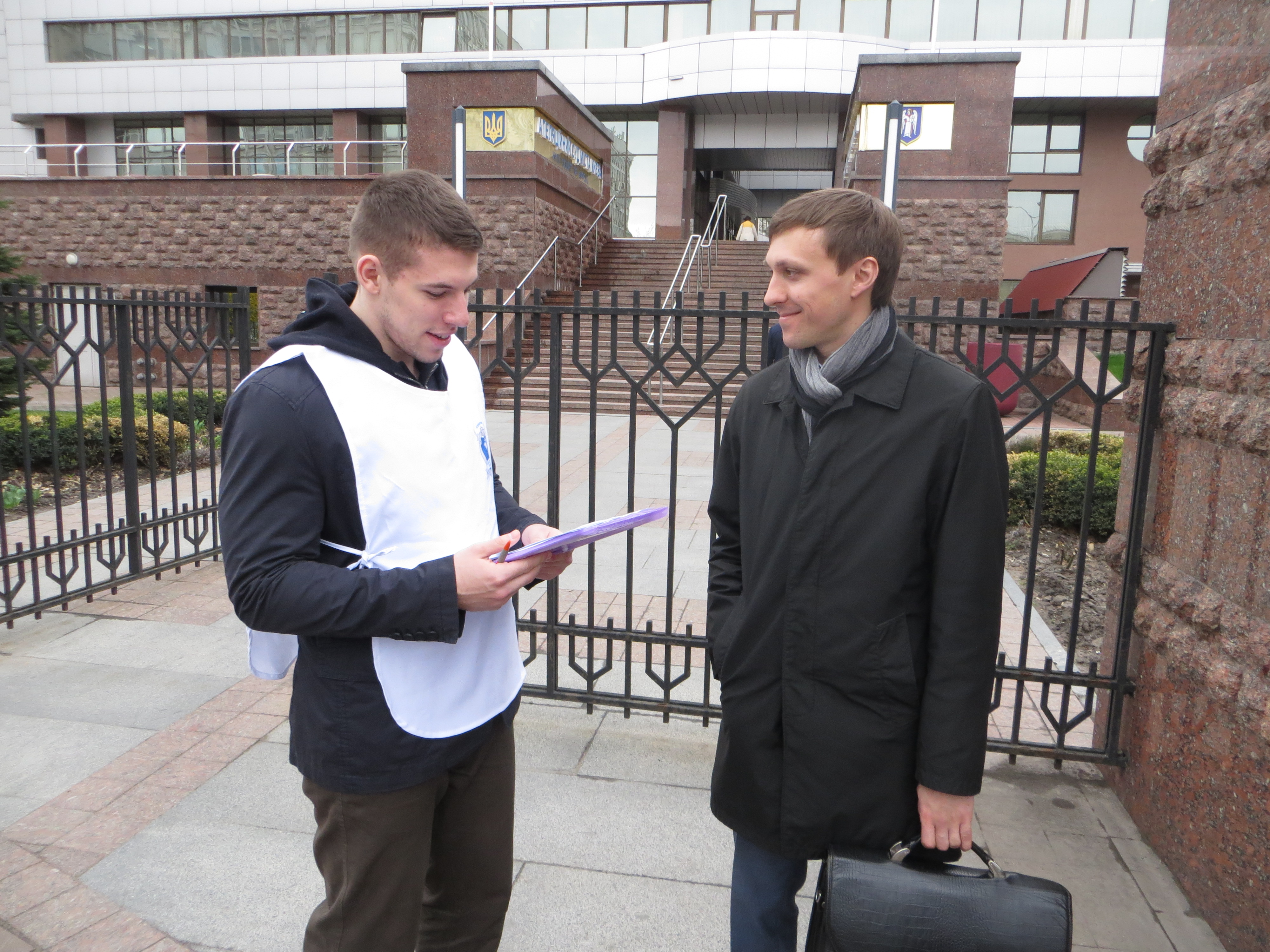 Ukrainians do not trust the courts, but there is no one else to settle the disputed issues.

The main slogan of reform. Limited judicial immunity, new rules for selecting positions in the judicial system, declaring kinship ties and income – all this is provided for in the Constitution and the law on the judicial system and the status of judges adopted by the Verkhovna Rada on June 2. All these changes took effect on September 30, 2016.

But on the street already in May 2017 and we decided to find out how positively all these changes were cast on the attitude of ordinary citizens of Ukraine to the courts.

As a result, it turned out that on average 75% of the inhabitants of megacities do not trust the courts, but the question: – “Do you go to court in case of a disputable moment?”, 95% of respondents answered that they would appeal, since there is no alternative to a corrupt court.

At the same time, 80% of Ukrainians plan to defend themselves, because they believe that they can not afford the services of a lawyer.

However, as noted by Elena Trapeznikova, you should not rush, because this is only the second law in a series of laws,
Which should be adopted during the judicial reform.
“Right now we have a law on the legal profession.
He must make important changes in the activities of lawyers. Also we are waiting for the law on the Constitutional Court,
Which should settle an entirely new institution in the justice system of Ukraine – a constitutional complaint. Many aspects of judicial reform have not been settled. For example, the activities of anti-corruption courts and the Public Council of Integrity. I believe that this institution should have an adequate material and technical base for its activities, “she said.
The reform of the judicial system is designed for at least 5 years. During this time, the system must be cleared, and the judiciary should become independent of the Verkhovna Rada and the president.

Perhaps this will bear fruit for the judicial system in general, but one should not forget about the people, since it is the people who are the prime consumers of the services that courts provide.