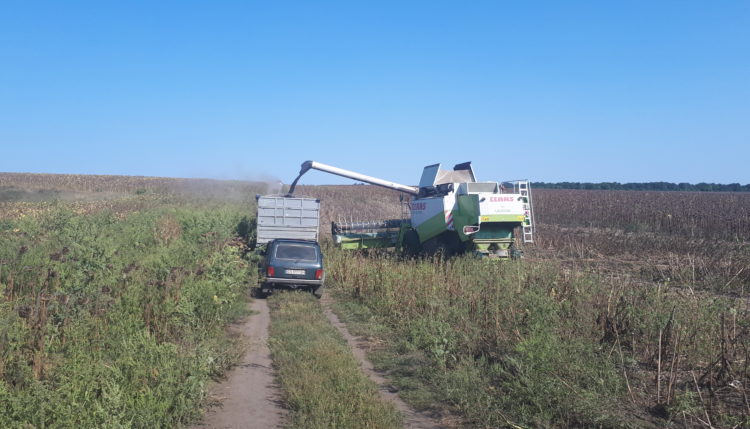 Wolves in sheep’s clothing, or as “reforming” cover Raiders

Not much time has passed since the moment when the regions reformed the “old” police to the newly-minted police. Everyone hoped to see the new policeman in the image of a fair and incorruptible character who acts according to conscience and law, and not as the one who pays more will say.

But everything happened far from being as desired. Every month we receive dozens of appeals, about not lawful actions by law enforcement agencies and private businesses that violate the legal norms and rules of morality.

So it happened on September 5, when activists of a separate representation of the International Anti-Corruption Assembly received an appeal, for illegal seizure of a land plot in the Kirovograd region with an area of ​​83 hectares.

The story begins on February 25, 2016, when the Kirovograd Court of Appeal, for the appeal of the Svetlovodsk interregional prosecutor, canceled the tenancy agreement of September 10, 2014, and transferred the land to state ownership. The State Executive Service fulfilled the decision to return the land plot only on September 30, 2016 (VIA FLOOR!)

In fact, on an official resource prosecutors’ notice of the execution of the court decision appeared only on August 27, 2017.

September 5, 2017, activists of the International Anti-Corruption Assembly together with the head of the Svetlovodsky police department, acting. Chief of Dergeokokadastra, who confirmed the fact of illegal seizure of land and asked to release the field from the equipment (without having seized the collected grain of sunflower and soybean, which was illegally collected from the field!)

It would seem that almost all actions of representatives of state services were held in the legal field, but not everything is so simple.

Already on September 9, the grieving entrepreneurs returned with the technique back to the field and this time not alone, but accompanied by young men in camouflage uniforms, who provided physical protection for the equipment. Among them, it was possible to identify the employees of the Svetlovodsk police department of the State Unitary Enterprise in the Kirovograd region. This indicates a direct link between the police department and entrepreneurs.

Separate subdivision of the International Anti-Corruption Assembly sent letters about the detected offense with a demand to understand the situation of involvement of the Svilovodsky police department of the SUDC in Kirovograd region to illegal harvesting in the Zakharovskaya village council territory.