On February 5, the Mykolaiv Court of Appeals held the closing meeting in a case about the raider capture of the restaurant “Pirog” in Nikolaev.

The trial lasted for two days!

As it turned out in court that the communication equipment does not work, then no Kyiv court through a tight schedule can not hold video-conferencing with the responsible party.

Despite this, representatives of the capital’s anti-corruption organizations (the International Anti-Corruption Assembly, Stop Illeg and the Anti-Corruption Board) and journalists of the IA Journalists Against Corruption continued their trips to Nikolaev. 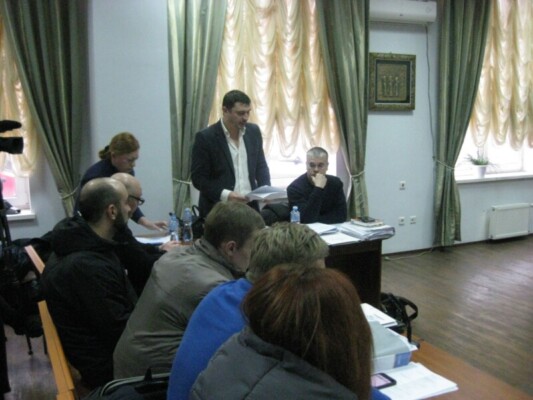 In court debates, Mykolayiv human rights activists K. Pavlov and A. Tolpekin, representing the legitimate owners of the restaurant “Pie”, in ash break the arguments of representatives of raiders trying to appeal the decision of the court of first instance. Pavlov and Tolpekin outlined in detail the fraudulent scheme that raiders have repeatedly used on the territory of Ukraine, including the capture of the restaurant “Pirog”.

As it turned out, even some documents were handed over to raiders in court, were falsified. A.Tolpekin said in his speech that such methods of raiders were used to attempt to mislead the court.

Recall that last year, the Supreme Economic Court approved the applicant’s appeal and returned the case to the first instance. 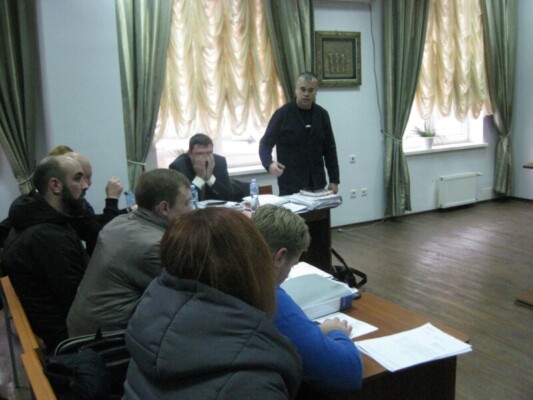 For more than an hour the judiciary in the composition of L. Tsaryuk, L. Prokopchuk and N. Samchishinoy was in the consultative room. Verdict of the court: to maintain the decision of the Central district court, which canceled the illegal registration of property rights to “Pirog”, on raiders from “Dniprofinancegroup”. The decision of the court will come into force from the moment of proclamation. Present in the hall approvingly accepted this decision. And again in the courtroom “Glory to Ukraine” was made. 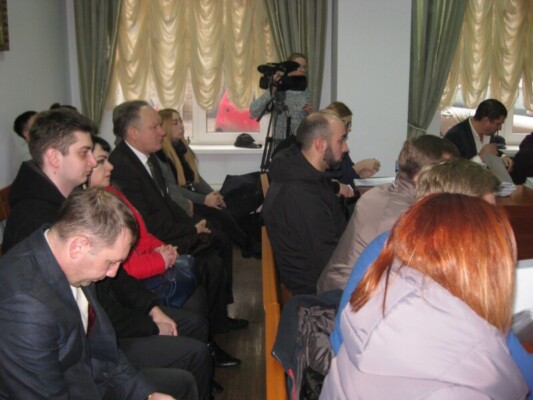 After the trial, one of the presenters, named lawyers A. Tolpekin and K. Pavlov as “terminators” of raiders. And this is not wasted. It was these human rights activists who participated several years ago in the processes of returning to the state property of the water sports complex “Spartak”, in Nikolaev, also captured by raiders.

Today’s court decision may prove to be significant for Nikolaev.

Also in the working discussion, lawyers of non-governmental organizations and applicant’s lawyers discussed a further plan of action for the return of the equipment already sold by the restaurant to the raiders.

Workshop “How to talk about corruption.”