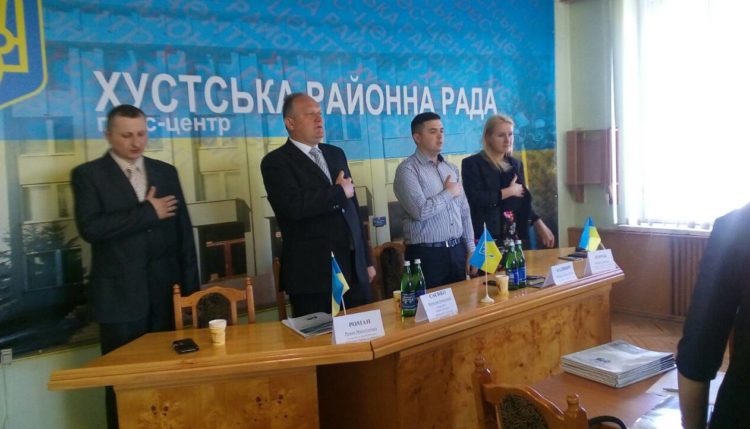 On April 19, presentation of the International Anti-corruption Assembly and grand opening of a representative office in Khust took place in the hall of the Khust Regional Council.

The Chairman of the IACA – Vyacheslav Sayenko, representatives of the main office and regional agency of Organization, volunteers, activists and media.

During the meeting, the Head of the IACA – Vyacheslav Sayenko told about Organization’s goals, projects being operated by Organization and lightened a further work plan in the region. In addition, the regional subdivision leaders were represented. The representative office of Organization in Khust region was headed by Nataliya Dubchak – the Head of department, and Yurii Kovach – the Deputy Chairman.

Also the Head of a sepereate subdivision of the IACA in Zakarpattia region Roman Romanskyi appeared at the meeting. He told about a work plan of a representative office and announced about willingnness to cooperate with organizations and activists, united territorial communities, local authorities, business representatives and colleagues in the sphere of fighting corruption.

International Anti-corruption Assembly at a charity concert in Khust