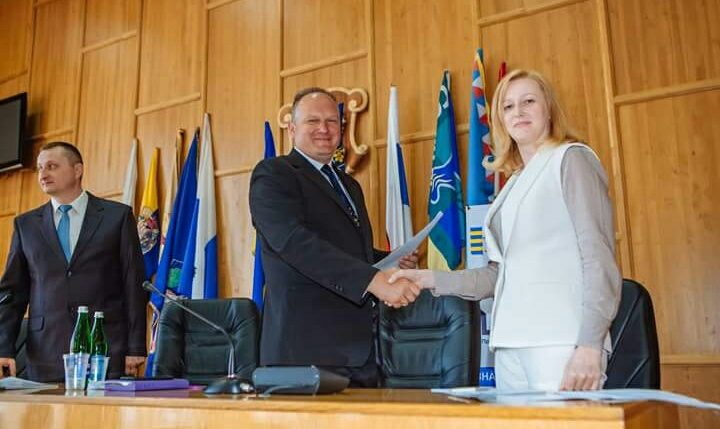 On April 18 a great amount of public ativists, representatives of state authorities and local self-government, as well as usual conscious citizens gathered in Uzhhorod city council. The reason of their presence was an open extended meeting of Zakarpattia subdivision of the NGO “International Anti-corruption Assembly”. Zakarpattia justice specialists were invited for participating in the event as well.

The purpose of the event was familiarizing the public with the Orhanization’s activity program, representing the regional office leadership and groundwork of common ways in fighting such a negtive phenomenon as corruption. In addition, the Chief Territorial Department of Justice in Zakarpattia region, represented by the Head of the Deprtment – Marianna Hotry, and the NGO “International Anti-corruption Assembly”, represented by the Chairman – Vyacheslav Sayenko  signed a Memorandum on Partership and Cooperation. Thus, the Justice Department has got one more pertner to inplement a nationwide and law-and-education project “I HAVE A RIGHT!”