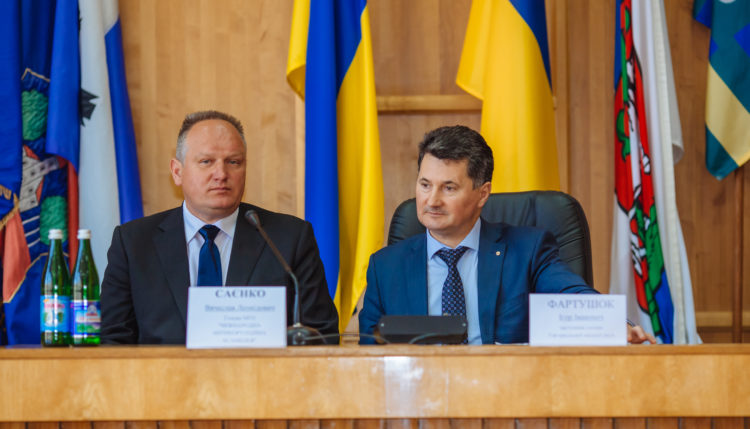 Yesterday, on April 18, an open meeting of the NGO “International Anti-corruption Assembly” was held in the conference hall of Uzhhorod City Council.

“Surely, there is a great amount of authorities and structures that fight corruption for today, but not always efficiently. There may be a moment when the public can do a bigger thing, than official bodies can.  These may be journalistic investigations or not indifferent citizens… Certainly, let structural divisions like “International Anti-corruption Assembly” be created and function. From now it’s working in Zakarpattia. With the help of this organization, that has an international status, we well be able to influence fighting corruption more effectively”, – the Deputy head of Uzhhorod City Council Ihor Fartushok emphasized.

This NGO is engaged in creating of organization’s representative offices, associating all public organizations, whose aim is countering corruption. The “International Anti-corruption Assembly” controls and interacts with security forces, judiciary aimed at observance and use of anti-corruption legislation in accordance to the state’s constitution.

13 separate divisions of Organization are functioning successfully now, 5 representative offices of the NGO are opened in Italy, Portugal, Malta, Nigeria and the Czech Republic have been opened.

Memorandum on cooperation and organization of relations (Yakushentsi)